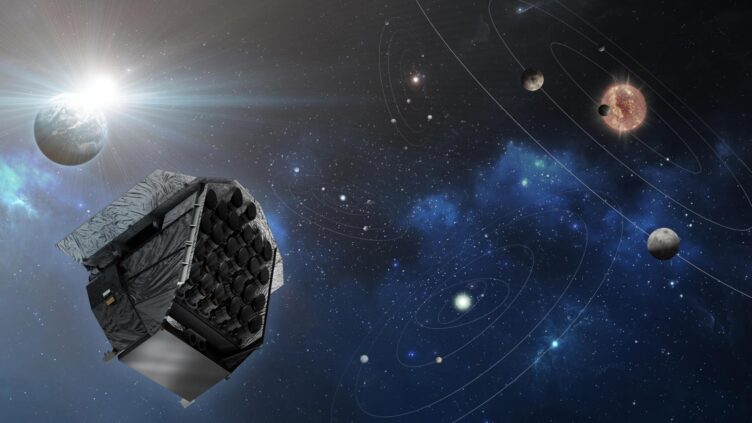 PLATO (PLAnetary Transits and Oscillations of stars) is an M3 ESA mission expected to launch in 2026. It is designed to find and study exoplanetary systems, with emphasis on the characterization of terrestrial planets located in the habitable zone around solar-like stars.

PLATO will employ asteroseismology to characterize the stellar properties of a vast number of stars of different types and evolutionary states, including planet hosts, improving the understanding of stellar physics and providing a link between planetary and stellar evolution.

Our team is strongly involved in the preparation of the stellar science component of PLATO, with responsibilities in the design, implementation, and validation of sections of the Stellar Analysis System (SAS) pipeline, leading work packages in the framework of both the PLATO Science Management (PSM) and PLATO Data Center (PDC).